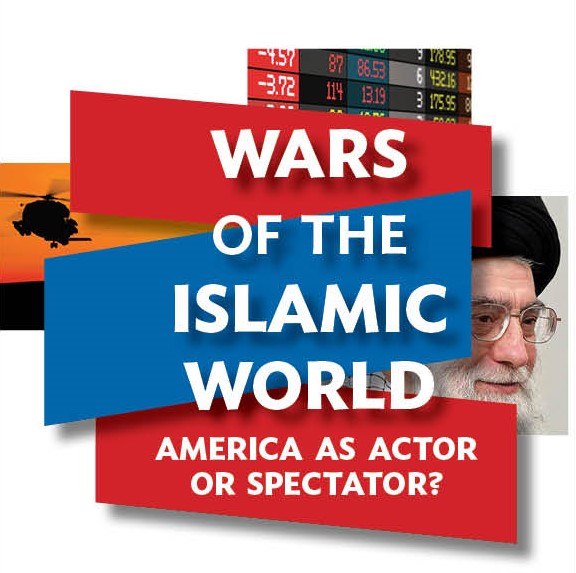 The theme for this year’s FDD Washington Forum was “Wars of the Islamic World: America as Actor or Spectator?” Washington Forum brings together foreign-policy and national-security professionals, diplomats and members of Congress to provide insightful analysis and fresh perspectives on the most complex issues facing America: Is the tide of war in the Middle East receding or rising? Will the U.S. prevent Iran’s nuclear and regional breakout? Are the nation-states of the region collapsing? Can the media cover extremist actors without fear or favor? What are the chances for stability, inclusivity and tolerance in an Islamic world engulfed in unprecedented turmoil? Washington Forum brings together leading analysts, journalists and public servants to discuss the most pressing geopolitical and national-security matters of our time.

Presentation of the George P. Shultz Award for Distinguished Service

Panel 2: Are We Still Fighting a War on Terrorism?

Presentation of the Alberto Nisman Award for Courage

Panel 3:The Jihadi Threat to Minorities in the Middle East

Panel 4: Can the Media Cover Jihadists and Islamists Without Fear or Favor?

Panel 5 : Red Lines and Deadlines: The Threat of a Nuclear Iran