The U.S. Treasury announced new Syria sanctions on Friday, including on Cham Wings, Syria’s second-largest carrier. Privately owned by businessman Issam Shammout, Cham Wings has been blacklisted by the Department of Commerce since 2011. Despite the airline’s private ownership, it has acted as a critical participant in the regime’s and Iran’s war effort in Syria. Treasury sanctioned Cham Wings for providing material support to entities sanctioned for proliferation and terrorism activities, but it should also consider hitting it with a terrorism designation in the future, given that the airline may have also transported weapons and militias between Iran and Syria.

In recent months, Cham Wings aircraft have flown routes that Iran’s Islamic Revolutionary Guard Corps (IRGC) and the Syrian regime regularly use for that purpose – including twice a week to Tehran. The most recent such flight took place on Friday, between Abadan – the IRGC’s logistical hub for its military airlift to Syria – and Damascus. 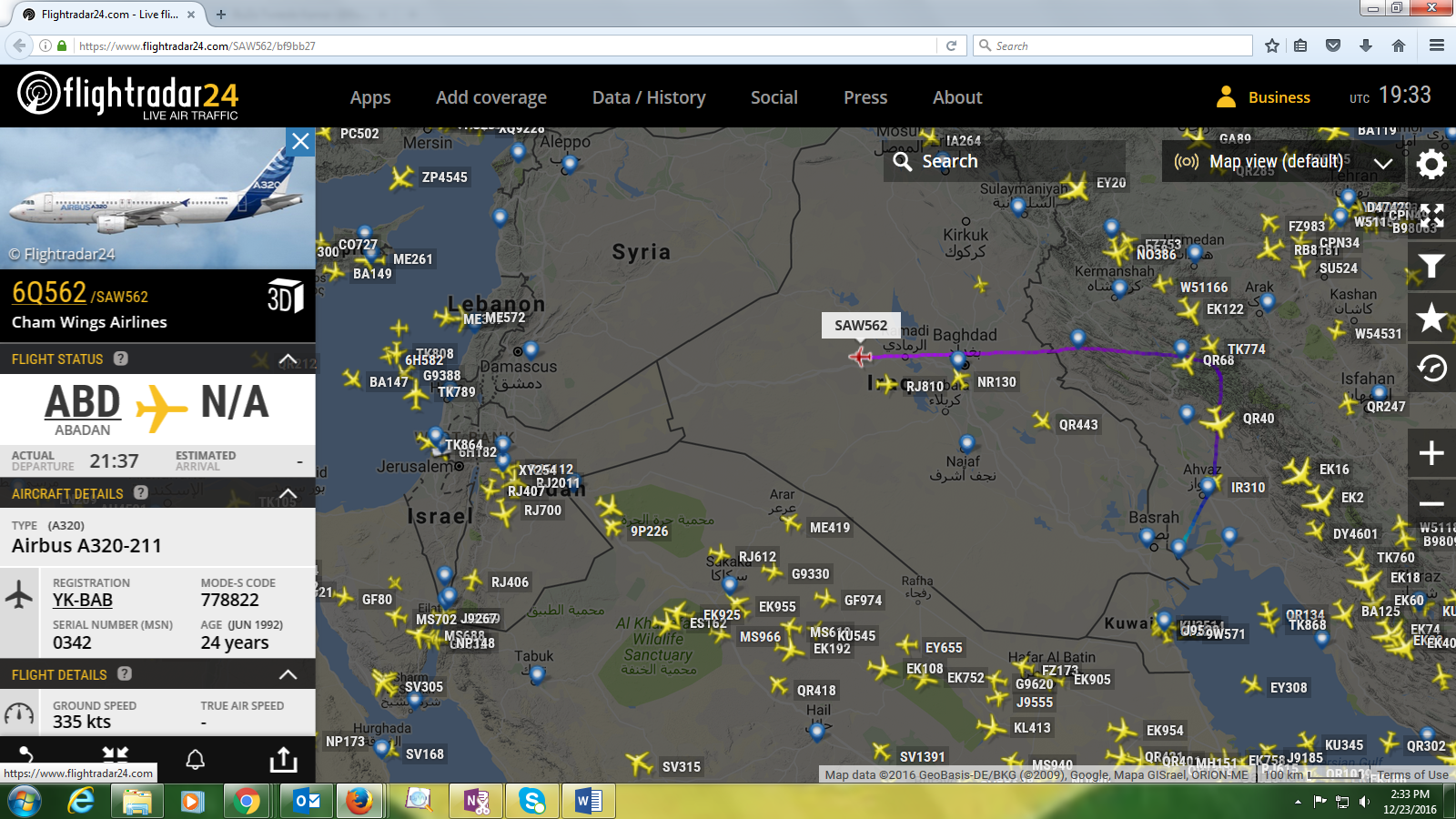 Treasury sanctioned Shammout in 2015 for helping Iran’s Mahan Air illegally procure nine passenger aircraft. Mahan, under U.S. sanctions since 2011, has worked extensively with the IRGC‘s external arm the Quds Force to ferry operatives, weapons, and funds in support of the Assad regime. It has also provided transportation services to fighters of the Lebanese militant group Hezbollah. Eight of those jets were capable of long-haul travel, and at least one of them was spotted flying between Tehran and Damascus at the height of the Iranian military buildup in Syria in late 2015.

Treasury waited another 19 months to designate Shammout’s airline. As it turns out, much like its chairman, the company helped U.S. designated entities circumvent sanctions. Eventually, Treasury targeted Cham Wings for “having materially assisted, sponsored or provided financial, material or technological support for, or goods or services in support of, the Government of Syria and Syrian Arab Airlines.” The latter, the state airliner, was designated in 2013 as an “instrumentality or controlled entity” of the Syrian government providing support to the Quds Force.

In Friday’s sanctions announcement, Treasury accused Cham Wings of assisting the previously-designated Syrian Military Intelligence (SMI) in moving weapons and equipment for the Syrian regime, including through its relationship with another Syrian airline, Fly Damas. Treasury also accused Cham Wings of routinely carrying cash on SMI’s behalf on its Damascus-to-Dubai flight. This allowed SMI to pay all parties involved in transactions with the Assad regime, enabling them to continue doing business with Damascus by circumventing international sanctions.

The case of Cham Wings shows that the Iranian and Syrian aviation sectors are closely intertwined, and are assisting each other in delivering aid and fighters to the Syrian arena. Treasury sanctions against the airline will therefore hamper Iran’s ability to continue its unfettered support of the Assad regime. However, with Boeing and Airbus now signing deals to sell aircraft to Iran, the new sanctions also raise serious questions about Washington’s double standards.

David Daoud is an Arabic-language research analyst at the Foundation for Defense of Democracies, where Emanuele Ottolenghi is a senior fellow. Follow them on Twitter @DavidADaoud and @eottolenghi.