Supporters of the JCPOA are unconvincing in blaming Iranian nuclear expansion on withdrawal from the 2015 deal.

Supporters of the JCPOA are unconvincing in blaming Iranian nuclear expansion on withdrawal from the 2015 deal.

Jeremy Ben-Ami has been an opponent of pressure on the Islamic Republic of Iran and a supporter of the 2015 Iran nuclear agreement. That 2015 deal, with nuclear and missile restrictions that sunset between 2023 and 2031, gave Tehran patient pathways to nuclear weapons and the intercontinental missiles to deliver them. In his letter “Diplomacy, Not War, With Iran” (Jan. 14), Mr. Ben-Ami attacks us personally, but we all want a nuclear-free Iran so let’s look, instead, at the facts.

His main argument is that Iran’s nuclear expansion occurred because President Trump withdrew from the 2015 nuclear agreement and imposed a campaign of “maximum pressure.” The problem is that the timelines don’t support that belief. Mr. Trump withdrew from the agreement in May 2018 and imposed severe sanctions from November 2018 until he left office. While Tehran took preliminary steps to expand its nuclear program in May 2019, the most significant steps took place after President Biden’s election in November 2020. These include enriching uranium first to 20% purity and then to 60% (a stone’s throw from weapons-grade), the production of uranium metal for nuclear warheads, the operation of more advanced centrifuges, and massively increasing stockpiles of enriched uranium.

These nuclear moves took place after it was clear to Iran that Mr. Biden had abandoned the pressure of his predecessor by easing sanctions enforcement and leaving military options off the table, thereby strengthening Iran’s economy and negotiating position.

Mr. Ben-Ami falls back on tropes in attacking us as “war hawks.” But we join several past presidents, including Barack Obama, who made it clear that an Iranian nuclear weapon was unacceptable and that all options, including military force, must be on the table. We agree with those presidents, and not with Mr. Ben-Ami, that economic and military pressure are necessary ingredients for successful diplomacy with the Islamic Republic of Iran. 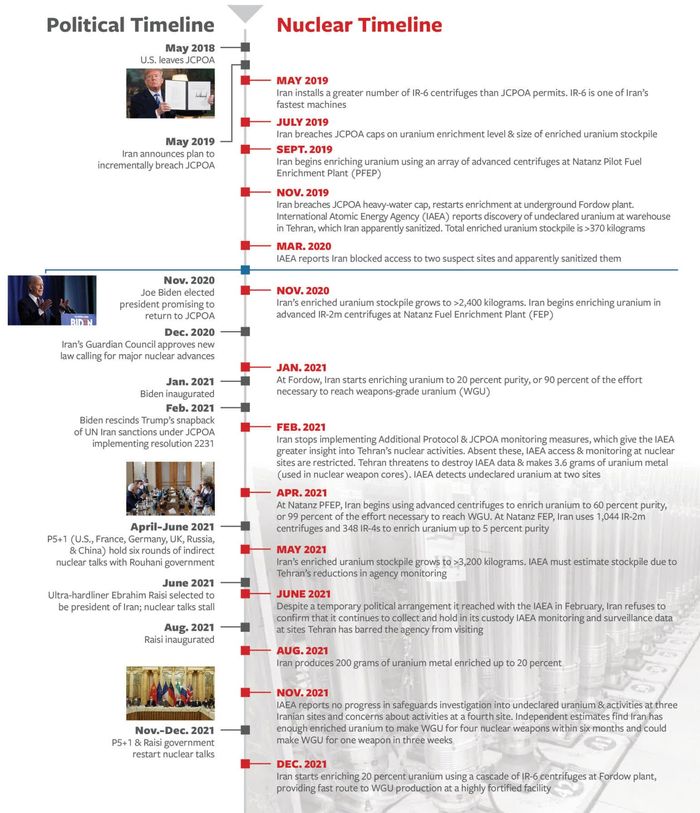 Mr. Dubowitz is chief executive of the Foundation for the Defense of Democracies. Mr. Kroenig is a professor of government at Georgetown and a former senior policy adviser at the Pentagon (2017-21). Follow Mark on Twitter @mdubowitz. FDD is a nonpartisan research institute focused on national security and foreign policy.

Read in The Wall Street Journal