The Geneva Joint Plan of Action and Iran’s Petrochemical Sector

The Joint Plan of Action (JPA) signed on November 24 between Iran and the P5+1, stipulates a set of mutual concessions for a six-month period while the two sides negotiate a final deal over Iran’s nuclear program. Among the provisions, the West will lift sanctions on “Iran's petrochemical exports, as well as sanctions on associated services.” According to the agreement, “associated services” means “any service, such as insurance, transportation, or financial.”

Although the Iranian companies intended to benefit are ‘non-designated Iranian entities,’ the principal players in Iran’s petrochemical sector are owned or controlled by Iran’s Islamic Revolutionary Guards Corps (IRGC).  The IRGC is under U.S. and E.U. sanctions for proliferation, terrorism, and human rights violations. 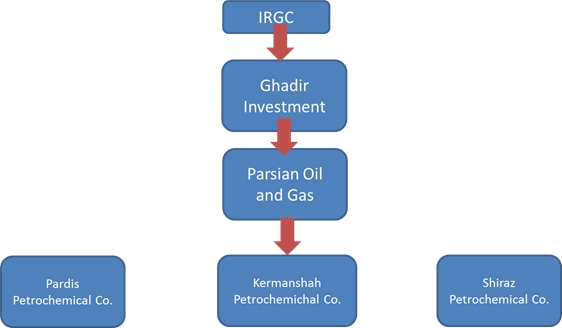 Another important player in the petrochemical sector who stands to benefit from sanctions relief is Iran’s Supreme Leader, Ali Kamenei, through Pars Oil and Behran Oil. Khamenei controls these two companies jointly with Ghadir Investment, and they are worth an estimated $1.24 billion.

Together, the market value of companies known to be controlled by the Supreme Leader and the IRGC accounts for roughly one third of the petrochemical sector, or $10.24 billion. That’s up from $7.6 billion on October 1. On that date, the sector had a market value of approximately $25 billion. Since then, the soaring gains on the Tehran Stock Exchange (TSE) and the appreciation of the rial, both triggered by sanctions’ relief, have raised that figure to almost $34 billion.[1] Buoyed by the promise of sanctions relief, the petrochemical sector grew nearly 40 percent in six weeks, with a significant spike occurring after November 17.

Unless entities owned by the IRGC and the Supreme Leader are explicitly excluded from the agreement or designated by US authorities due to their links to the IRGC, the surging value of petrochemical sanctions relief will benefit significantly the Iranian centers of power in charge of nuclear proliferation, terrorism, and Iran’s worst human rights violations.

Emanuele Ottolenghi is a senior fellow at the Foundation for Defense of Democracies. Saeed Ghasseminejad is a Ph.D. candidate in finance at City University of New York.

[1] Assuming a conservative rate of 30,000 rials to the dollar. This calculation does not factor in currency appreciation since October 1.