With the ink on the Iran nuclear deal barely dry, the political landscape in the Middle East is in flux. Seeking to counter Iran's new influence, the Gulf states are backing their sectarian allies in conflicts around the region. Meanwhile, non-state actors like Hamas, Hezbollah, and the Islamic State threaten to thrust the Middle East into further chaos. As a result, the Palestinian-Israeli peace process has become an afterthought in Washington, not to mention other capitals around the world.

How has this new reality shaped political and social trends in Palestinian and Israeli societies? Will the changes now taking place in both societies increase or decrease the likelihood of renewed negotiations? Are the current trends temporary, or will they change as the Middle East finds a new equilibrium?

Please join FDD for a timely conversation featuring Ghaith al-Omari and Jonathan Schanzer on these under-analyzed trends. The conversation will be moderated by FDD President Cliff May.

Kindly find bios for speakers below:

Ghaith al-Omari is a senior fellow at the Washington Institute for Near East Policy and the former Executive Director at the American Task Force on Palestine (ATFP). He has served in various positions within the Palestinian Authority, including Director of the International Relations Department in the Office of the Palestinian President, and advisor to former Prime Minister Mahmoud Abbas. In these capacities, he provided advice on foreign policy — especially vis-à-vis the United States and Israel — and security. He has extensive experience in the Palestinian-Israeli peace process, having been an advisor to the Palestinian negotiating team throughout the permanent status negotiations including the Camp David Summit and Taba talks.

Jonathan Schanzer is the Vice President for Research at the Foundation for Defense of Democracies. He worked as a terrorism finance analyst at the U.S. Department of the Treasury, where he played an integral role in the designation of numerous terrorist financiers.  A former research fellow at the Washington Institute for Near East Policy, Dr. Schanzer's books include State of Failure: Yasser Arafat, Mahmoud Abbas, and the Unmaking of the Palestinian State and Hamas vs. Fatah: The Struggle for Palestine. Dr. Schanzer has testified before Congress and publishes widely in the American and international media.

Clifford D. May is the founder and President of the Foundation for Defense of Democracies. Mr. May has had a long and distinguished career in international relations, journalism, communications and politics. A veteran news reporter, foreign correspondent and editor (at The New York Times and other publications), he has covered stories in more than two dozen countries, including Iran, Iraq, Afghanistan, Pakistan, Israel, the West Bank, Jordan, Turkey, Sudan, Ethiopia, China, Uzbekistan, Northern Ireland and Russia. A former syndicated columnist for Scripps Howard News Services, he is now the weekly “Foreign Desk” columnist of The Washington Times. He is a frequent guest on national and international television and radio news programs, providing analysis and participating in debates on national security issues. 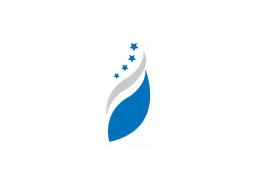 The Foundation for Defense of Democracies is a non-profit, non-partisan policy institute dedicated exclusively to promoting pluralism, defending democratic values, and fighting the ideologies that drive terrorism. Founded shortly after the attacks of 9/11, FDD combines policy research, democracy and counterterrorism education, strategic communications, and investigative journalism in support of its mission. For more information, please visit www.defenddemocracy.org.