Abu Hafs al Mauritani, a senior al Qaeda religious thinker known as “Mr. Theology,” has reportedly left Iran for his home country. According to some press accounts, the Iranians “extradited” Abu Hafs to Mauritania, where he is being held under house arrest. There have been reports in the past that Abu Hafs left Iran and his family had already been repatriated to Mauritania.

In recent months, senior al Qaeda operatives who long lived in Iran have returned to their native countries only to be freed. For example, Mohammed Islambouli, the brother of the terrorist who assassinated Egyptian president Anwar Sadat in 1981, has returned to Egypt, where a military court acquitted him. Islambouli has been close to al Qaeda's leadership, including Ayman al Zawahiri, for more than two decades. Other senior al Qaeda operatives once sheltered by the Iranians have been similarly set free upon leaving Iran.

The circumstances of Abu Hafs' return to Mauritania and his future there are crucial for a variety of reasons, especially given the rise of al Qaeda-allied forces in next door Mali.

Abu Hafs, whose real name is Mahfouz Ould al Walid, relocated to Iran after the Taliban's Afghanistan fell in late 2001. The Iranians placed senior al Qaeda leaders under a loose form of house arrest in 2003.

According to the 9/11 Commission, Abu Hafs was one of a handful of senior al Qaeda leaders who objected to the Sept. 11 attacks. Abu Hafs is “said to have opposed” bin Laden with respect to the 9/11 operation and “reportedly even wrote bin Laden a message basing opposition to the attacks on the Quran.”

In an interview with Al Jazeera months after the 9/11 attacks, however, Abu Hafs did not express any misgivings about the operation. Abu Hafs denied that al Qaeda carried out the attacks, but still boasted: “We rejoiced at this. Although we did not carry them out, these blows coincided with our interests, and their results were significant for us.”

Abu Hafs has been recognized as a key figure inside al Qaeda since the 1990s. In December 1998, according to the 9/11 Commission, senior US officials considered ordering a “very high-risk in-and-out” capture operation that would have targeted him in Khartoum, Sudan. That idea, which also included a possible raid to capture Osama bin Laden in Afghanistan, was abandoned. But Abu Hafs' ties to international plots kept resurfacing in intelligence channels. The 9/11 Commission found that months after the aborted capture raid, in June 1999, “US and other intelligence services had concluded that al Qaeda was in pre-attack mode, perhaps again involving” Abu Hafs.

Although Abu Hafs has been a key al Qaeda ideologue, he has been willing to work with other bad actors who do not share his beliefs. Intelligence reports cited by the Senate Intelligence Committee in 2006 say that he may have traveled to Iraq to seek Saddam Hussein's help on as many as three occasions – twice in 1998 (one trip has been confirmed) and once in 2002. During one trip in 1998, Abu Hafs reportedly requested $10 million from Saddam's regime to fund al Qaeda's operations against the West.

Senior Iraqi officials taken into custody after the fall of Saddam's regime reportedly denied that the sum was paid. Saddam himself told his FBI interviewer that he refused to work with al Qaeda because the United States was not really his enemy. Although this is a ridiculous answer, as Saddam branded America his enemy routinely in speeches given from after the first Gulf War until his fall in 2003, there is apparently no evidence that the Iraqis agreed to Abu Hafs' request. Still, Abu Hafs' willingness to work with Saddam shows that ideology does not preclude al Qaeda from accepting tactical cooperation with other parties.

Prior to the American-led invasion of Afghanistan in 2001, Abu Hafs ran the Institute of Islamic Studies in Kandahar, Afghanistan. The institute was a major ideological center used by al Qaeda to indoctrinate would-be martyrs. [For more on the institute, see LWJ report, Al Qaeda fighter properly detained at Gitmo, court finds.]

In the pre-9/11 world, Abu Hafs worked with other al Qaeda recruiters to fill al Qaeda's ranks. None of these recruiters is more notorious than Abu Hafs' own cousin. 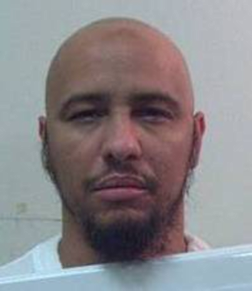 A leaked Joint Task Force Guantanamo (JTF-GTMO) threat assessment describes Mohamedou Slahi, who has been held at Gitmo since 2002, as Abu Hafs' “cousin, brother-in-law, and probable former assistant.” Slahi, who helped recruit the Hamburg cell used in al Qaeda's Sept. 11 attacks, is one of the few detainees held at Gitmo who was subjected to a specially approved interrogation program. The interrogation techniques employed on Slahi remain controversial.

A DC district court granted Slahi's petition for a writ of habeas corpus in 2010, but the Justice Department appealed. A DC circuit court subsequently remanded Slahi's case back to a lower court.

At issue was Slahi's claim that he had distanced himself from al Qaeda after admittedly swearing bayat (an oath of loyalty) to Osama bin Laden in the early 1990s. A district court judge granted Slahi's petition despite clear evidence cited in the judge's own opinion that Slahi remained in close contact with a constellation of al Qaeda operatives long after he supposedly gave up his al Qaeda membership. A timeline contained in the district judge's opinion shows numerous contacts between Slahi and other al Qaeda members through 2001.

The leaked JTF-GTMO file contains several pieces of intelligence linking Slahi to Abu Hafs' plotting. Specifically, Abu Hafs asked Slahi “to participate in three projects for al Qaeda.” During interviews in 2004, which were conducted the year after the contentious interrogation practices were halted, Slahi said that he declined to participate in these projects. JTF-GTMO analysts surmised that Slahi was lying, and concluded that he “is assessed to have participated in these projects for al Qaeda given his access and relation to Abu Hafs and [Slahi's] technical background.”

“The first project involved building and setting up an international short-wave radio broadcasting station in Sudan,” the JTF-GTMO file reads. The second involved both “counterfeiting money, especially US currency” and “helping establish greater Internet connectivity between Sudan and Kandahar.” Slahi “never received the details” of the third task.

Interestingly, although Slahi claimed that he turned down Abu Hafs' request, he gave authorities specific information about the second project. Slahi explained that Ayman al Zawahiri “directed Abu Hafs to establish the counterfeiting operation.” The laundered money was to be funneled through the home of Abu Hafs' brother in Mauritania.

The timeline of Slahi's career contained in the district court's ruling shows that he transferred cash totaling thousands of dollars to Abu Hafs on at least two occasions. In January 1999, Abu Hafs called Slahi from a satellite phone that reportedly belonged to Osama bin Laden. Months later, in October 1999, Slahi received passports from his cousin.

JTF-GTMO analysts and other US intelligence officials have concluded that, throughout 1999, Slahi was involved in both al Qaeda's millennium plot against the LAX airport in California and the beginning stages of the 9/11 plot. Before his court proceedings, Slahi admitted involvement in al Qaeda-related activities but tried to distance himself from specific terrorist operations.

According to the JTF-GTMO file, Slahi may have been involved in the April 11, 2002 bombing of the Djerba Synagogue in Tunisia. That attack killed 21 people. A member of Slahi's German al Qaeda cell, Christian Ganczarski, received a phone call from the suicide bomber responsible for the attack just hours before he blew himself up. The bomber reportedly asked Ganczarski, who has since been convicted by a French court on terrorism charges, for a blessing. The bomber also called Khalid Sheikh Mohammed shortly before his attack.

Slahi was allegedly close to Ganczarski. According to the leaked JTF-GTMO file, Ganczarski assisted Slahi as he worked on Abu Hafs' special projects.

Today, Slahi remains at Guantanamo, where he will most likely reside for the foreseeable future.