Abdul Haq al Turkistani, the head of the Al Qaeda and Taliban-linked Turkistan Islamic Party, celebrated the Eid al-Fitr holiday in Afghanistan. Abdul Haq’s public presence in Afghanistan directly contradicts the Taliban’s claim that no foreign fighters operate or are based in the country.

The Turkistan Islamic Party released a video of its members celebrating the holiday in mid-May. The video included footage of Abdul Haq, as well as Abdulsalam al Turkistani, who is a senior TIP religious official and propagandist known to be based in the Afghanistan-Pakistan region. The video is dated May 2022.

Abdul Haq is currently based in northern Afghanistan – along with most of the group’s top leaders – and the video was recorded there, two U.S. intelligence officials with knowledge of the video told FDD’s Long War Journal.

The Turkistan Islamic Party is known to operate in both Afghanistan and Pakistan over the past two decades. The terror group moved most of its members into Afghanistan over the past eight years after the Pakistani military launched operations to clear the Movement of the Taliban in Pakistan and other jihadist groups from northern Pakistan. The Turkistan Islamic Party, along with other central Asian jihadist groups, committed to backing the Taliban in its takeover of Afghanistan.

Over the years, the Turkistan Islamic Party has released numerous propaganda videos from Afghanistan, some which included young children training at camps and its members fighting alongside the Taliban. In one such video, released in late 2019 and reported by LWJ, the group showed its fighters flaunting captured U.S. military equipment, including M-16s and HUMVEEs. The Taliban denied the video was recorded in Afghanistan as part of a failed effort to claim foreign jihadists were not present in Afghanistan.

The U.S. military targeted the Turkistan Islamic Party’s network in Afghanistan before withdrawing from the country in August 2021. In one such attack, in early 2018, the US military launched a series of airstrikes on Taliban training camps located in Afghanistan’s remote northeastern province of Badakhshan, which borders Tajikistan. The camps were used by the Turkistan Islamic party and other terrorist groups. 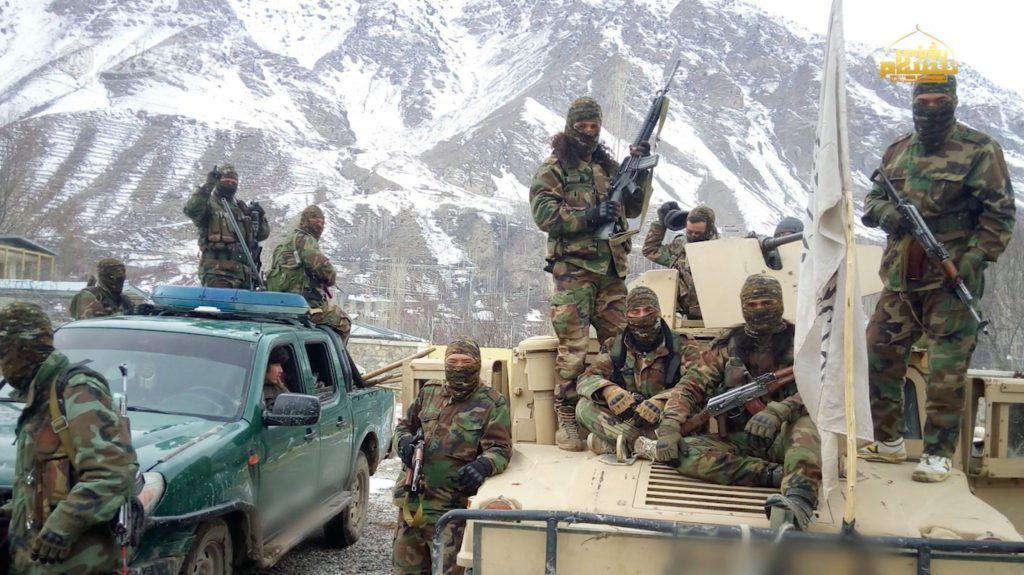 The Turkistan Islamic Party is primarily made up of ethnic Chinese Uighurs and seeks to liberate the western Chinese province of Xinjiang in order to establish a jihadist emirate.

Abdul Haq is a veteran jihadist who has served as the emir of the Turkistan Islamic Party since late 2003. He became the group’s emir after his predecessor, Hassan Mahsum, was killed during clashes with Pakistani troops at an Al Qaeda training camp in South Waziristan on Oct. 2, 2003.

Prior to the U.S. invasion of Afghanistan in Oct. 2001, Abdul Haq ran a training camp for his recruits at al Qaeda’s camp in Tora Bora in Afghanistan’s Nangarhar province. [See LWJ report, “The Uighurs in their own words”.] He later reestablished camps for the Turkistan Islamic Party in Pakistan’s lawless, Taliban-controlled tribal areas.

Al Qaeda appointed Abdul Haq to its Shura Majlis, or executive leadership council, in 2005, according to the US Treasury Department, which listed him as a Specially Designated Global Terrorist in April 2009. The United Nations also designated him as a terrorist leader.

Abdul Haq was considered influential enough in al Qaeda’s leadership circles that he was dispatched to mediate between rival Taliban groups as well as to represent the Shura Majlis in important military matters. In June 2009, he was spotted in Pakistan’s tribal areas attending an important meeting with Baitullah Mehsud, the first leader of Movement of the Taliban in Pakistan, and a senior delegation of Afghan Taliban and al Qaeda leaders. Among those in attendance were Sirajuddin Haqqani, who is currently the deputy emir of the Afghan Taliban and the Taliban’s Interior Minister; and Abu Yahya al Libi, who at the time was a senior al Qaeda ideologue and propagandist and later became al Qaeda’s general manager before he was killed by the US in a drone strike.

According to the Treasury Department, Abdul Haq was involved with fundraising, recruiting, propaganda efforts, and the planning and execution of terror attacks. In early 2008, Abdul Haq openly threatened to conduct attacks at the Olympic Games in Beijing. In August 2009, he threatened to attack Chinese embassies worldwide as well as targets within mainland China.

U.S. intelligence officials said in Sept. 2010 that they believed Abdul Haq was killed in a U.S. drone strike in Mir Ali in Pakistan’s tribal agency of North Waziristan on Feb. 14, 2010. At the time, the Movement of the Taliban controlled Mir Ali and it was a hub for a host of international and regional terror groups. Pakistani officials also said that they believed that Abdul Haq was killed in the drone strike. [See LWJ reports, Chinese terrorist leader Abdul Haq al Turkistani is dead: Pakistani interior minister, and ETIP leader killed in February Predator strike.]

The Turkistan Islamic Party never released an official martyrdom statement for Abdul Haq, and evidence of his death was never released by the U.S. and Pakistani governments. In 2010, the jihadist group did name Abdul Shakoor al Turkistani as Abdul Haq’s replacement, indicating that Abdul Haq was either killed or replaced. Abdul Shakoor was also named by al Qaeda to command its forces in Pakistan’s tribal areas, an indication of just how much the global jihadist group trusted and relied on the TIP. Abdul Shakoor was subsequently thought to have been killed in a US drone strike in August 2012.

In that video, Abdul Haq denounced the Islamic State’s so-called caliphate as “illegitimate.” and said its self-declared “caliphate” lacks the consent of the Muslim community and the necessary theological footing.

In another video released in early 2016, Abdul Haq directly addressed Al Qaeda and Taliban leaders and called on them to support efforts to wage jihad in Xinjiang. The images accompanying his 2016 message included a number of Al Qaeda personalities, including Zawahiri.

The Taliban has gone through great efforts to project the image that foreign terrorists are no longer present in the country, both before it took control of Afghanistan, and after. The Taliban wants foreign countries to provide aid and legitimacy to its Islamic Emirate of Afghanistan, and the presence of Taliban-supported jihadists would jeopardize this.

Al Qaeda and a host of Pakistani and Central Asia terror groups played a key role in conquering the country, and remain in Afghanistan to this day. While the Taliban has sought to hide their presence, the facade slips at time.

Immediately after the Taliban took control of Afghanistan, Dr. Amin al Haq, the former head of Osama bin Laden’s Black Guard who was his security chief at the battle of Tora Bora, returned to Afghanistan. Al Haq was captured on video in a large convoy as it traveled through a checkpoint in the eastern Afghan province of Nangarhar province. Haq was accompanied by a large convoy of heavily armed Taliban fighters in brand new SUVs.

Mahdi Arsalon, a Tajik national and a commander in the Al Qaeda-linked Jamaat Ansarullah, a Tajik terrorist group, remains in Afghanistan and posts videos of his group’s exploits in the country. As the Taliban was conquering the Afghan north, Arsalon was given control of several districts in Badakhshan by Qari Fasihuddin, an ethnic Tajik Taliban commander who served as the shadow governor of Badakhshan at the time. Fasihuddin has since been appointed to serve as the Taliban’s chief of army staff, further illustrating the influence of foreign fighters in the country.

Bill Roggio is a Senior Fellow at the Foundation for Defense of Democracies and the Editor of FDD’s Long War Journal. Follow Bill on Twitter @billroggio. FDD is a nonpartisan think tank focused on foreign policy and national security issues.