Noor Wali Mehsud, the emir of Tehrik-e-Taliban Pakistan (TTP, or the Pakistani Taliban), has renewed his oath of allegiance to the Taliban’s Islamic Emirate of Afghanistan. Mehsud also celebrates the Taliban’s “historic and blessed victory” in a one-page statement released on the TTP’s social media and website.

Mehsud describes the Taliban’s defeat of the U.S.-backed Afghan government as a “victory” for the “entire Muslim ummah” (or worldwide community of Muslims), adding that “the future of the entire Islamic ummah depends on it.” He “renews” the TTP’s “allegiance to the Islamic Emirate” of Afghanistan, pledging his men “will not spare any sacrifice for the stability and development” of the restored emirate.

Mehsud specifically congratulates the Taliban’s “Emir of the Faithful,” Haibatullah Akhundzada, as well as his deputies, naming Sirajuddin Haqqani (the Islamic Emirate’s deputy emir), Muhammad Yaqub Sahib (another deputy) and the head of the political office, Mullah Baradar.

The TTP’s emir cites the Islamic Emirate’s “great and exemplary perseverance,” saying this led to a victory. “As a result, for twenty years, praise be to Allah, we defeated the great tyrant of modern times [the U.S.] and his slaves and crowned the entire Islamic Ummah and especially the Mujahid and Ghazi Afghan people,” Mehsud writes.

The TTP is closely affiliated with al-Qaeda and has a significant footprint inside Afghanistan. The group also frequently carries out terrorist attacks in neighboring Pakistan.

The TTP’s operations are an example of how the Afghan Taliban lies about the soil under its control. Earlier this week, Taliban spokesman Zabihullah Mujahid held his first press conference. Mujahid pledged “to all world countries that no threat will be posed to any country from Afghanistan.” The Taliban has long repeated this claim — even as the TTP and other international terrorist groups continue to operate on Afghan soil.

The Afghan Taliban freed thousands of prisoners as it overran the country. According to jihadi social media accounts, many TTP members were freed. One of them is Faqir Mohammed, a former TTP deputy emir. The TTP’s Umar Media posted the picture of Faqir below, while celebrating his newfound freedom. 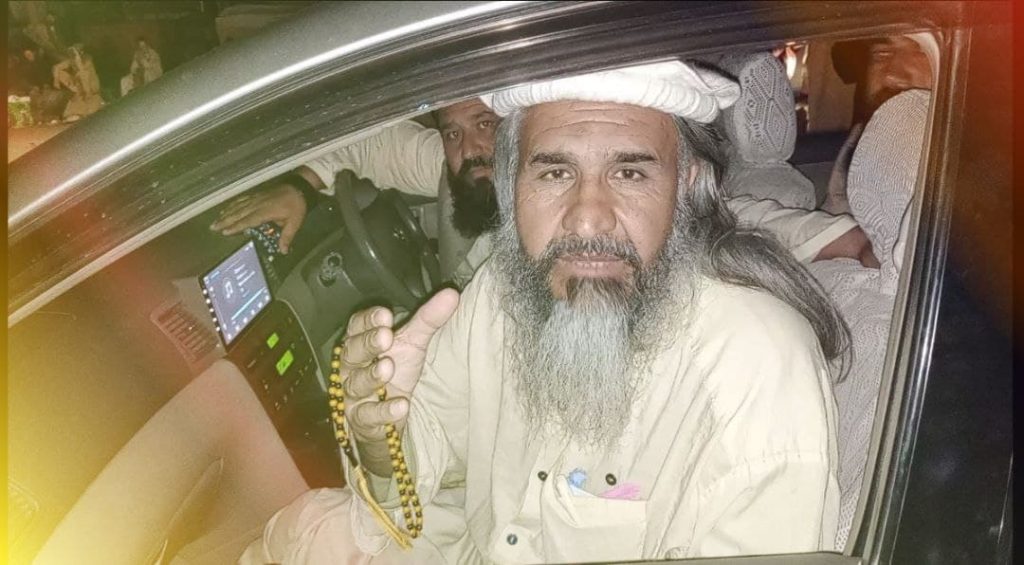 Faqir was captured by the now deposed Afghan government in 2013. He previously led the TTP in Pakistan’s Bajaur district for years. Prior to his capture, U.S. intelligence and other sources had identified Faqir as a key facilitator for al Qaeda.

In Jan. 2006, for example, the U.S. carried out one of its first drone strikes in Pakistan’s unruly northern tribal region. The bombing struck a gathering in Damadola, a village controlled by Faqir in Bajaur. The target of the airstrike was Ayman al Zawahiri, but he was not present. Other al Qaeda operatives were reportedly killed, but some of the reporting turned out to be false. For instance, ‘Abd al Rahman al Maghrebi, Zawahiri’s son-in-law, was said to be dead as a result of the bombing, but that wasn’t true. Maghrebi remains a senior al Qaeda leader to this day. The U.S. State Department reported earlier this year that Maghrebi is based in Iran.

The TTP carried out the failed May 1, 2010, car bombing in Times Square, New York City. In its more recent statements, the group has emphasized that its jihad is focused on Pakistan. But the TTP also helped the Afghan Taliban conquer most of Afghanistan once again and it frequently conducts cross-border raids.